Spring continues to be a bit of a mixed-bag in the Bay. We have had worse weather lately than we saw for much of the winter and sea temperatures are lower than this time last year. As a result we have not managed to get out as much as we’d like and there are major differences in what we are managing to find! The lack of jellyfish and sunfish is presumably due to the colder water and less extensive plankton blooms, but on the upside we have seen several Basking Sharks – probably for the same reason- which is a vast improvement on the last two years. Common Dolphins have remained offshore, now in smaller pods, and the less predictable group of Bottlenosed Dolphins have put in welcome performances off the Mount in the eel-grass, hunting cuttlefish. Risso’s Dolphins haven’t done that this May, and Porpoise have only been further west out of the bay. It is tempting to think the latter may be avoiding the Bottlenoses , but choppy weather always makes Porpoises harder to see.

Sea-birds have been more predictable with the usual resident Fulmars, non-breeding Gannets, auks and Manx Shearwaters regularly feeding in the Bay, though we have yet to see Storm Petrel. Puffins have been scarce. Recent strong winds pushed in a few migrating skuas and an early – or late – Balearic Shearwater! There were fewer sea-birds generally as the winds were more easterly – even producing more Swifts and Swallows arriving on migration than the hoped for skuas and terns. As last year, there are still many “winter visitors” lingering in the bay notably Great Northern Divers, one or two Black-throated Divers and Common Scoter. Our wintering Turnstones have mostly left but a few in stunning summer plumage are still delaying departure for the Arctic as well as over 30 Purple Sandpipers a couple of 100 yards from the Mermaid shop around Battery Rocks, occasionally joined by other waders such as Whimbrel, Dunlin, Sanderling and Common Sandpipers all pushing north.
Then there is the Eider….! “Frankie” as some people are calling him (after Frankie Howard “OOOOOaaw!” etc) is still sexually harassing the local black-backed gulls,  Greater mostly but he has tried it on with Lessers too! When not eating crabs off the harbour mouth Frankie seems to like nothing better than chasing Great Black-baked Gulls to St Clement’s Island where he serenades and displays to them, and he has even taken to trying to soar over the quarry with the Lesser Black-backed. He has managed to get a response from some of them! Disturbing, sad, or sweet depending on your point of view!
Things can only get better……! 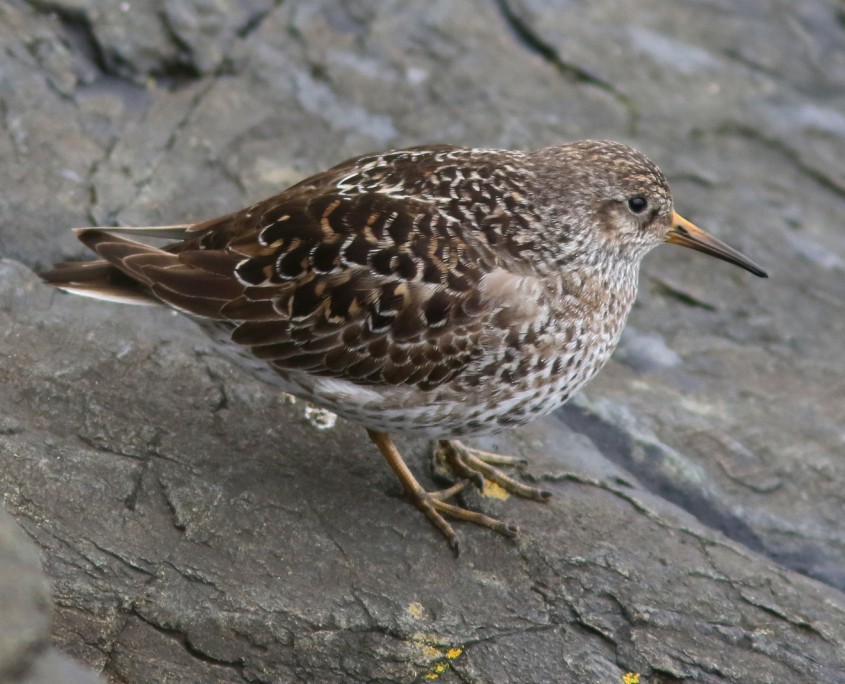 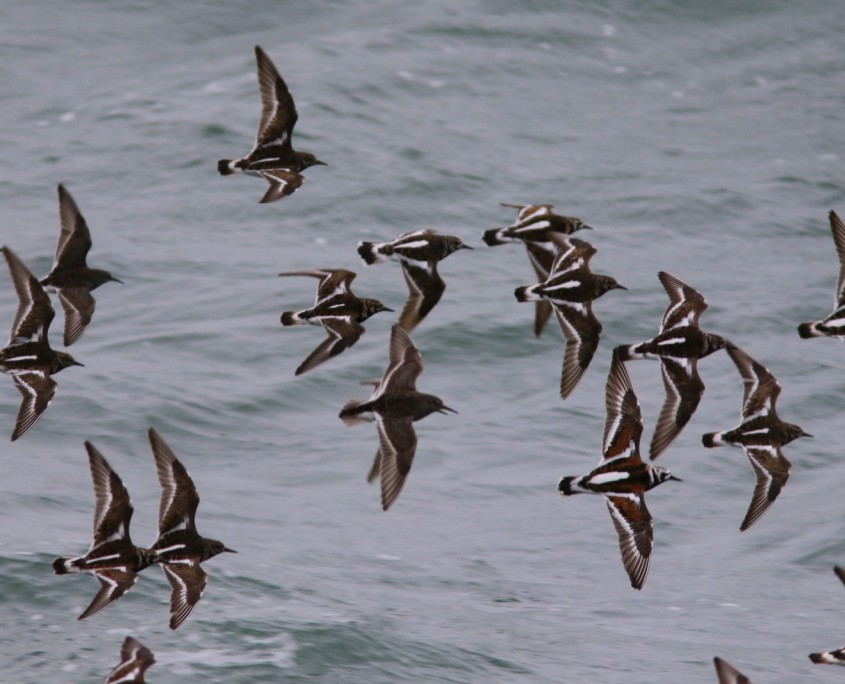 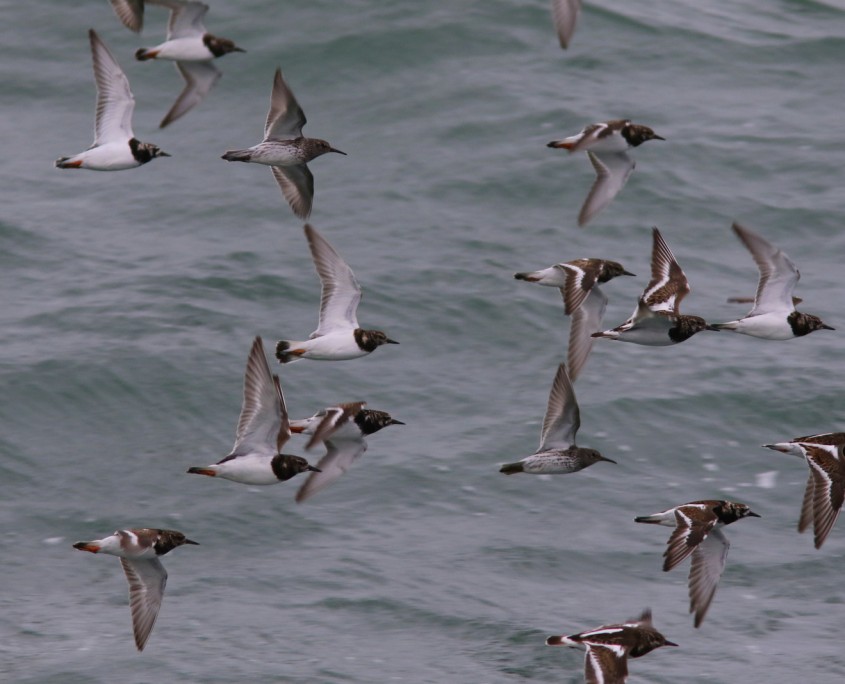