The last three days have seen the nearest we could call Spring with some warm, relatively calm weather. There have been pluses; relocating the returning Pacific Diver in pristine summer plumage, our first pod of Bottlenose Dolphins and minuses; with the Bottlenoses only showing to a fishing trip, avoiding the next 2 wildlife cruises, and then swimming past me as I walked home after work off Mousehole! Amongst the “regulars” of Grey Seals, a core flock of about 600 Manx Shearwaters, Fulmars, Gannets, around 200 Guillemots, Razorbills, Kittiwakes, lingering Great Northern Divers and our “confused” male Eider, there has been a remarkable variety of wildlife from the Mount to the Minnack!

Friday began with a probable Elegant Tern flying out to sea past Mousehole on my way to the boat, but despite checking the handful of Sandwich and Common Terns in the bay it was not seen again. Highlights included at least 8 Great Northern Diver, 1 Black-throated Diver, single male Common Scoter, 3 Bonxie (Great Skua), 5 Puffin, a few Whimbrel still arriving, 2 first  year Iceland Gulls, and a pod of 10-12 Common Dolphin.

Saturday started well for those on the first fishing trip as a pod of Bottlenose Dolphins performed off the Mount (before keeping their heads down for the rest of the day), again the lingering Common Scoter, 5+ Great Northern Diver, single Puffin, and a 3rd first year Iceland Gull, but most surprising was the beautiful summer plumaged Pacific Diver just east of the Mount, presumably the regular over-wintering bird we last saw in April when it was just beginning to moult out of it’s drabber (but more distinctive) winter plumage.

Sunday was much warmer, and the sea conditions were almost perfect with extensive plankton blooms stretching well offshore and for once not being broken up by the cold northerlies. As well as a pod of 8 Common Dolphin, 4 Harbour Porpoise, and the “wintering” ducks and Divers, we recorded 8 Common Scoter, 3 Puffin, 2 “small skua sp.” (probably Arctic), 2 Pomarine Skua, a few migrating waders including Dunlin, Sanderling, Ringed Plover and Whimbrel, 6+ Sandwich Terns and a Peregrine Falcon seeking shade on the cliffs.

The Pacific Diver is notoriously hard to separate from the much commoner (in our waters) Black-throated Diver, particularly at distance or in rough seas. In winter Pacific is arguably easier to identify having a narrow dark “chin-strap”, “vent strap” between the legs (REALLY hard to see) in addition to the year-round lack of a flared white flank patch shown by B.-t. Diver, and a smaller bill and smoother, more “serpentine” head profile. Both species have a handsome summer plumage in velvet-grey with intricate black and white stripes and spots which is virtually identical but – as can be seen in the accompanying shots Pacific still lacks the white flank-patch, and has a much smoother head/neck and finer bill (compare with the shots of the 1st year Black-throated Diver, and the similar structure of the Pacific Diver taken in April). This may be the latest this diver has been recorded here, and ties in nicely with the relatively large numbers of breeding plumaged Great Northern Divers still lingering in the Bay this year. 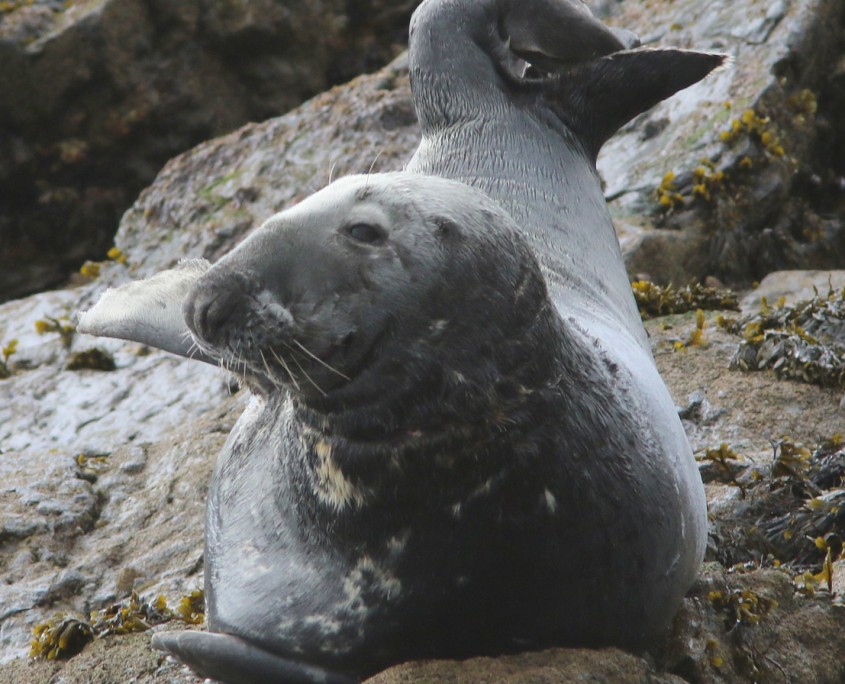 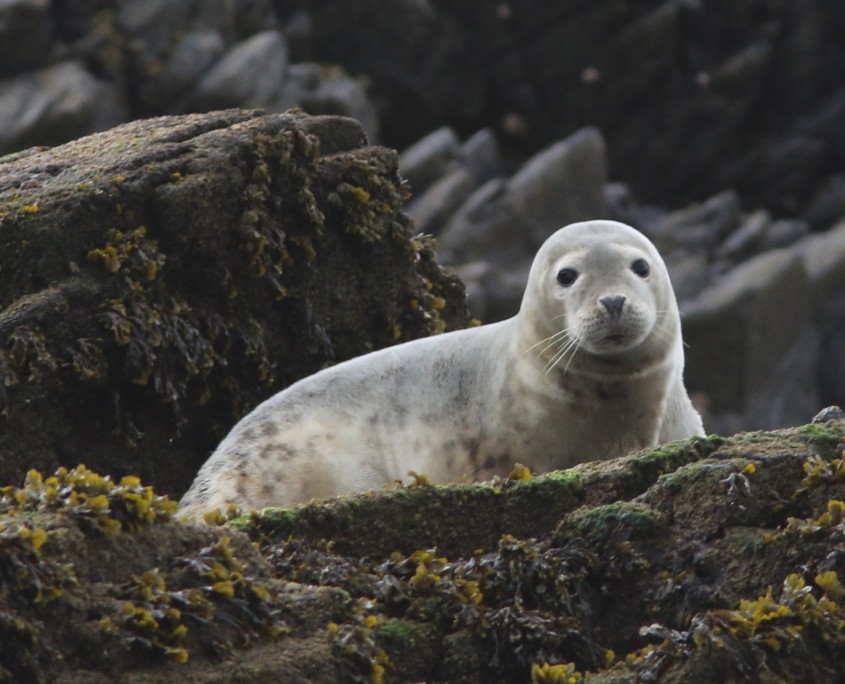 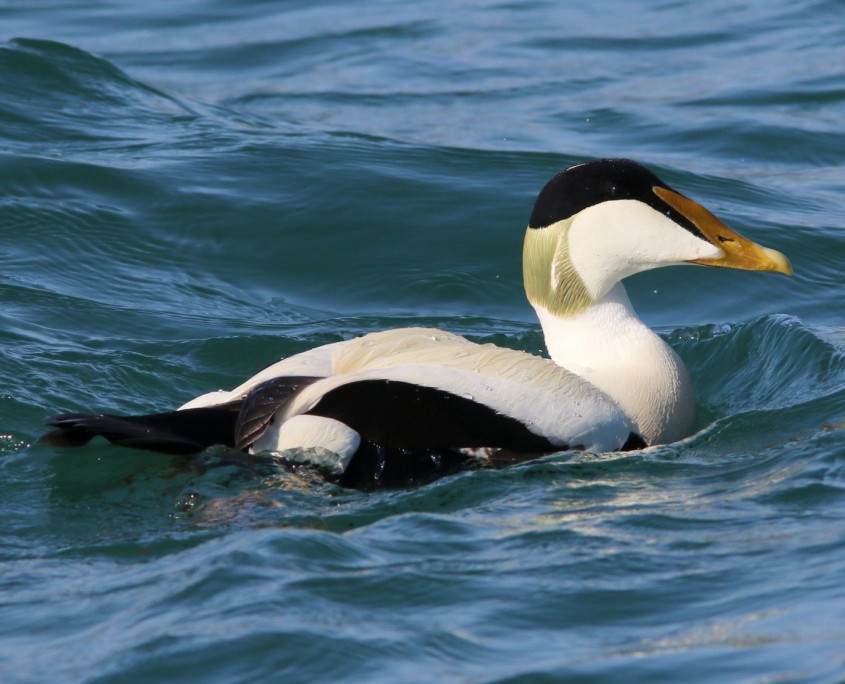 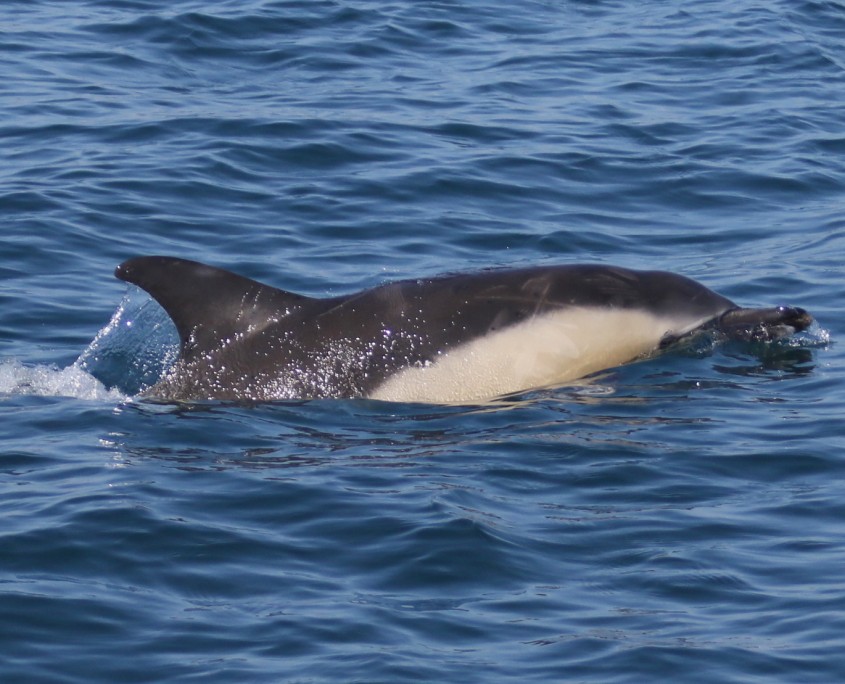 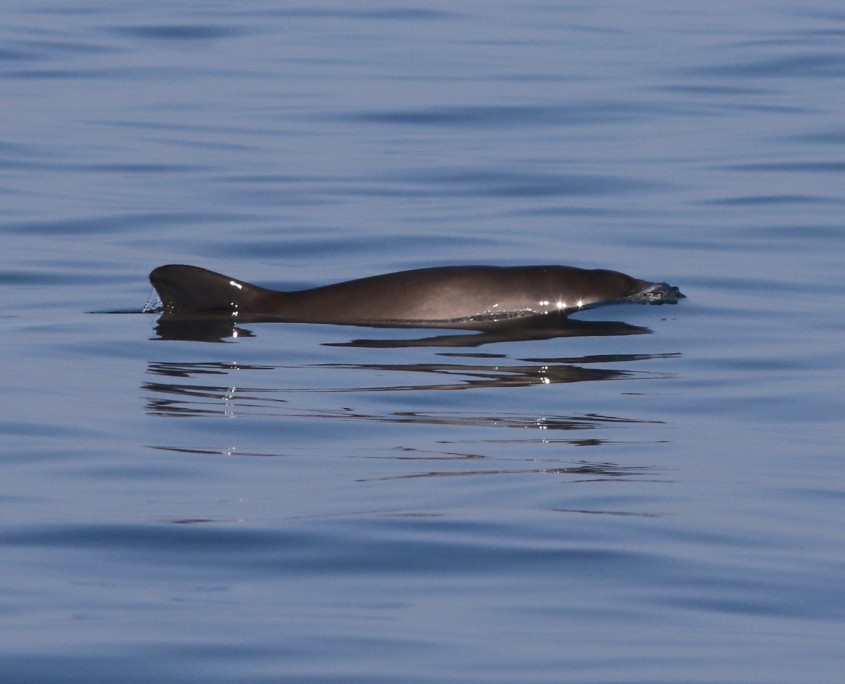 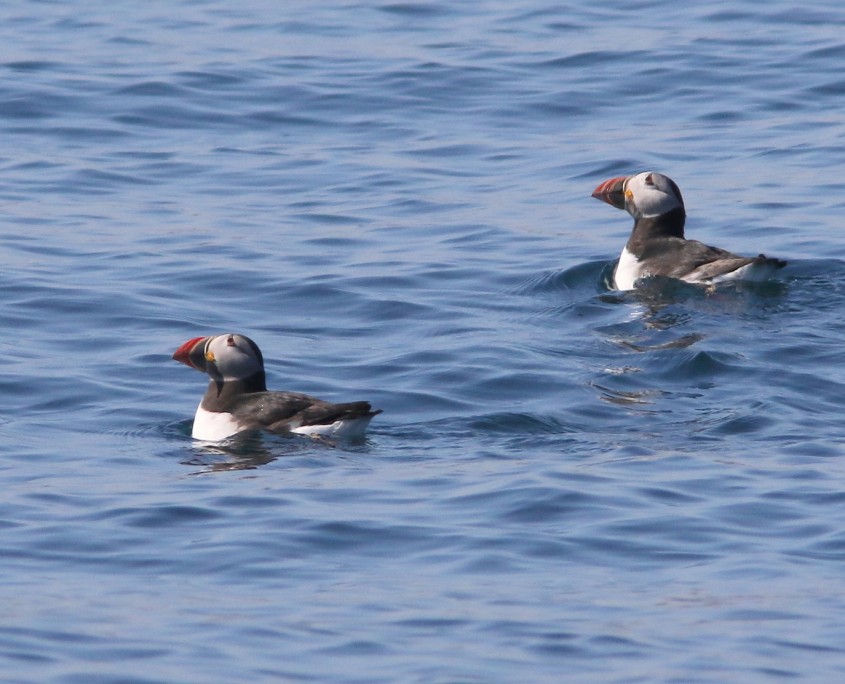 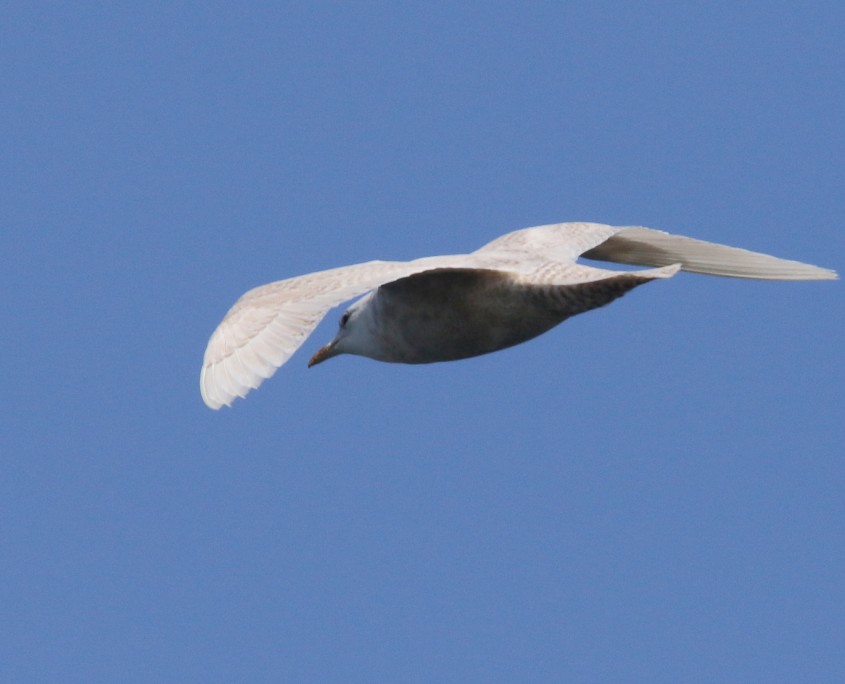 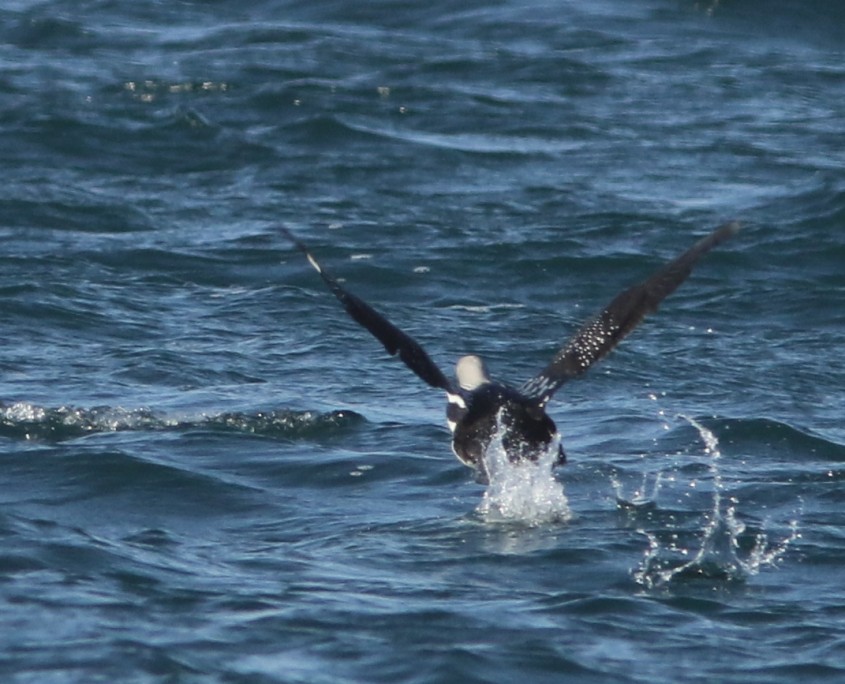 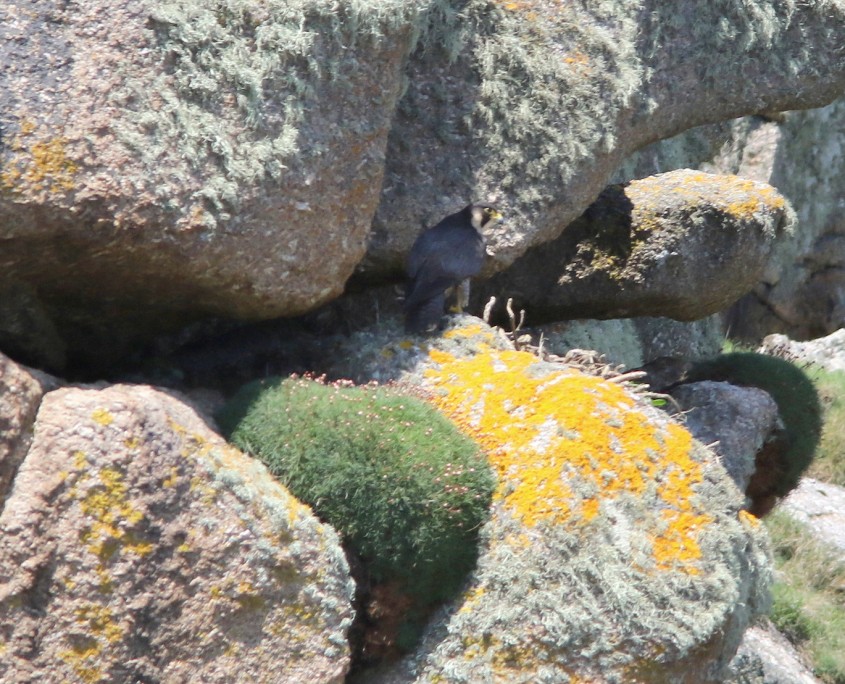